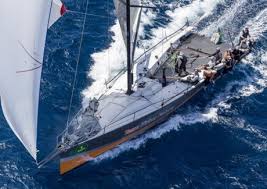 Tests have been moved to Florida from the base of Newport of Rhode Island where American Cup is stationed. Tests are being done with 100 staff and equipment which has been moved base as well. The American winter would be spent in balmy Florida as the clock ticks to the next Cup series that is coming up in the year 2021.

Terry Hutchinson, the skipper of American Magic, stated that Pensacola was giving them sailing weather that was warm and consistent. The flat water training venue was large and protected. Logistics were efficient and the welcoming community ensured that America’s Cup team had everything they needed. With accommodations made for the team in Port of Pensacola, the facility aspects are ideal for the team to set up a base and test the boat while New York experiences wintry conditions. This is being done after a long time since the syndicate trained last in 1970 along the Gulf Coast of Florida.

The team comprises of a fitness consultant, Jon Ackland who had been on board of the former team Emirates New Zealand. The upcoming contest in 2021 promises is to be spectator friendly, with a race course that is charted close to the shores. This boat is one of the five competitors who is finalized for the Auckland race which would be a close-up encounter among the competitors.